We need to talk.

Yes, I know! It’s difficult to maintain a romantic liaison with so few words between us.

We can arrange to spend more time together – just talking.

That wasn’t what I meant.

Written all in Trifextra fun, according to this week’s relationally-challenged guidelines:

This time, we are giving you the end, and we are asking you to start it for us.  We want 33 words in addition to and preceding the following:

That wasn’t what I meant.

“I’ve been in your house. And I’ve been on your computer. I saw the letter you wrote to him. I knew you weren’t as innocent as you try to act. And I’ve told everybody about it already; so there won’t be any denying it. What do you have to say about that?”

My mind was whirling in a million different directions.

You did WHAT?! I wanted to scream. You told WHAT to WHO?!

Truth was, I couldn’t bring myself to say anything. I felt totally defeated. Again.

Had he even considered the repercussions of his actions? Our sons went to the same school together. I went to church with him – and his wife. We lived in the same small community. Tongues would be wagging for years to come about this.

“Let me explain…” I stuttered. But I couldn’t.

I pulled my car over to the side of the road because I was shaking so badly. There was no getting away from his cruelty. Ever. He’d long broken my heart. But now he’d resorted to breaking into my house. Just like when we were teenagers, he’d forced his way into my private sanctuary. There, he’d demolished my soul once more.

Wasn’t it enough that he’d left me over 7 months ago? Left our family stranded without any transportation, so he could be with her – again? And she hadn’t been the first. Not even the second.
Wasn’t it enough that I’d finally resigned myself to the meaninglessness of all those years of broken promises?
That I’d packed up my things and left the house where I once thought we could at least finish raising our family?
Wasn’t it enough that he already had a new girlfriend practically moved in with him? That my boys didn’t know which way to turn?
Why couldn’t he just leave me alone? He’d proven I was dispensable. Why did he care what I was doing? Did he want to see if I was recyclable too?

I hyper-ventilated over my steering wheel in humiliation. Everything in me wanted to point out these ridiculous ironies. But all he got in return was my silence.

I could even see his menacing grin with the words that came next through my cell phone. “You need to meet me now, so you can explain yourself. I’ve already gone and confronted him. I found him at the grocery store. By the way, his wife was there too.”

Well, this was quite the turn of events.

“So she heard your accusation? About me…with him?”

“Oh, yeah. You’d better believe she heard it. ALL. I even had a copy of the letter that you wrote.”

“What did she say about that?”

“She didn’t say anything. They both turned and walked away.”

“Yeah. They just left their groceries and got in his truck and drove away. So I called your pastor and told him all about the letter. I figured he needed to know.”

I sighed and banged my head on the steering wheel. I only thought I’d known how humiliation felt.

“So she didn’t tell you then?”

“Tell me what? That she already suspected something was going on between the two of you?!”

I gritted my chattering teeth.

“Tell you that she was the one who asked me to write the letter.”

“WHAT? Why would she ask you to write a letter to her husband?”

I took in a deep breath, willing words to form. How would I ever face her after this? What would she think of me?

“She asked all of us to write a letter to him. All of the youth leaders who worked with him at the church. Probably some of the youth too. It was a letter of encouragement. I mean, did you even take time to read what it said – besides what you wanted to believe about it? He was to be given one of the letters at a specified time each day – while he was on his Emmaus Walk. It’s a weekend retreat, a spiritual journey – one where he’d spend time in meditation, being encouraged. His wife set it all up for him. Maybe you should go ahead and read over it. Let me know what you think you find.”

Silence from the other end.

“You’ve just managed to create even more victims here – I guess because you can’t control me as one anymore.”

“Listen. I’ve got to go. I need to call the police about a break-in at my house.”

Unfortunate but true: I have to file this one in my non-fiction stack (crumpled up towards the bottom).

I tried unzipping it on several earlier occasions…you know, through the years.

It always seemed stuck though. Wherever I was.

I’m not sure when it got a little too snug for me. Or outdated.

Sometimes I noticed the discomfort. Other times, not so much.

I don’t know. I can’t tell you about all those other times.

I just know that today – only seconds before, in fact – I finally slid right out of it.

I didn’t have any other choice, you see.

It just didn’t feel like it belonged to me anymore.

It felt kind of creepy…foreign…suffocating.

Then it began to crawl…all over. Ewww!

I had to get out – without further delay!

Problem is, now that I’ve done it…

I find myself in even greater need.

If I don’t soon get a replacement, I’m likely to come completely unglued.

It’s not all that simple to just go out and choose another one.

Truth is, I’m in a research funk this week – stuck on my quantitative chapter, feeling like I’m re-living it every day. You know, like a Bill Murray Groundhog type of day. I keep doing the tests differently, but the day starts over all the same – getting me nowhere.

Trifecta gave me another much-needed break during my lunchtime – to write about my (you guessed it) funk.

That’s the word this week, by its 3rd definition.

Come join us & write yourself in and out of a funk too.

Everyone else, please forgive me. I have to go write some more on this funky dissertation for now…

As I take a quick glimpse out my office window during this lunch hour, I see snow showers trying to convince me that I want to come out and play. The only comfort I take in seeing more snow is the realization that it helps bring some excitement to the spring water flow rates.

For now, another wintry week, another Trifextra challenge (which means we’re limited to 33 words on this one).

Oh, and that’s not all. Here are this week’s rules to write by:

This week we’re asking for exactly 33 of your own words about love gone wrong.  But we’re asking that you not use any of the following words:

I’m the only one in the raft with any feminine charm.
(If you can’t identify me by that characteristic, please don’t feel the need to let me know!)

Splashing rivers swept o’er me
Moments crying out in delight.

All fear and doubt washed well away
Waves of gladness, none of fright.

Floods of torment sweep me off my feet.

Congrats to this past week’s champions.

This weekend’s challenge is community judged.

A very quick one for Trifecta this week. No doubt you’ll all know what’s on my mind…and plate!

The week 111 challenge is the inclusion of the one-word prompt (3rd definition):

MANIPULATE (transitive verb)
1: to treat or operate with or as if with the hands or by mechanical means especially in a skillful manner
2a : to manage or utilize skillfully
b : to control or play upon by artful, unfair, or insidious means especially to one’s own advantage
3: to change by artful or unfair means so as to serve one’s purpose : to doctor 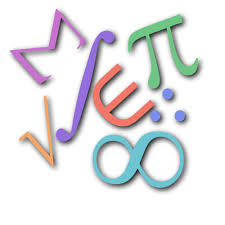 Did you just infer how dare I try to manipulate you?! HA!

After you had the nerve to suggest to me this variable relationship we’ve had going all this time wasn’t…significant?

In my current mode of distrust, all I have to say is, ‘Skew You!’

I’ve spent the range of my median career collecting every little morsel of mean-ing about you; the sum of my half-life chasing your outlying whims; my downtime became a product of trudging through your worthless probabilities!!

And you want me to just accept it?!

Chi-square up, Data! You’re out of your theoretically distributed little mind if you think I’m not about to go Pearson on you…down to your last dirty, descriptive decimal.

Oh yeah, you’d better believe I’m pitching a goodness of fit!!!  Why, I’ll t-test terrorize you ’til you give me exactly what I’m looking for.

You want your degrees of freedom?? Then you’d better expect that your p-value will be utterly worthless when I get done with my regression of you!

You wanna’ see null? I’ll show you null…just before I go post hoc on you!

That’s how the ANOVA rolls, baby.

After all, you know what they say…

To err is human;

to manipulate is research.